Please Send a Message of Support To:

Commendation by
Congressman Donald Payne
in the Congressional Record 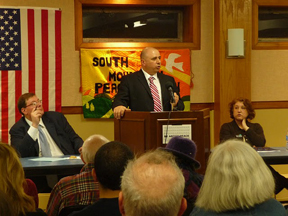 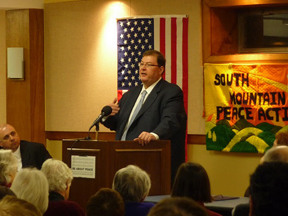 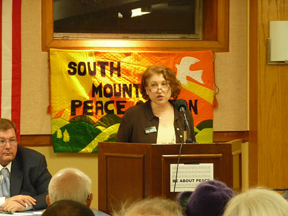 As an American citizen concerned about peace and security in the Middle East, I am writing to express my strong support for President Obama's call yesterday for Israel to continue its settlement moratorium and for the Palestinian side to reciprocate in a way that would help Prime Minister Netanyahu make the political case that the moratorium is in Israel's best interest.

President Obama said that it makes sense to extend the moratorium because "ultimately, the way to solve these problems is for the two sides to agree what's going to be Israel, what's going to be the state of Palestine. And if you can get that agreement, then you can start constructing anything that the people of Israel see fit in undisputed areas."

That is the heart of the issue -- that negotiations about the borders of a two-state solution should be how to determine whether one side can build on land claimed by the other -- not unilateral actions which challenge the purpose of the negotiations.

As Egyptian Pres. Mubarak wrote in a New York Times column on September 1st, "... settlements and peace are incompatible, as they deepen the occupation that Palestinians seek to end. A complete halt to Israel's settlement expansion in the West Bank and East Jerusalem is critical if the negotiations are to succeed, starting with an extension of Israel's moratorium on settlement-building, which expires this month."

Please follow the wise counsel of President Obama and President Mubarak and extend the settlement moratorium so that negotiations can move toward a historic resolution of final status issues that will create the foundation for ending the Israeli-Palestinian conflict and creating an independent Palestinian state.

The world is depending on you.