At 7:00 pm we held a ceremony at the Ethical Culture Peace Garden in honor of Major Dwayne Kelley of South Orange, who was killed in Iraq in June 2008. Major Kelley was also a sergeant in the NJ State Police. We installed a plaque for Major Kelley alongside the plaque for Lance Cpl. Augie Schroeder of South Orange who was killed in Iraq in 2005. Dwayne Kelley's wife, Manita, his mother Vera and Manita's mother Jeannette Seabrooks, as well as many other friends and family members attended the ceremony. Bernie Crystal of the Maplewood VFW and Joan Crystal, Grand Marshall of the Maplewood Memorial Day Parade, representatives of the NJ State Police and Janis Zaveri of the South Orange Community Relations Committee also attended. The peace garden is behind the Ethical Culture Society building at 516 Prospect Street, Maplewood. 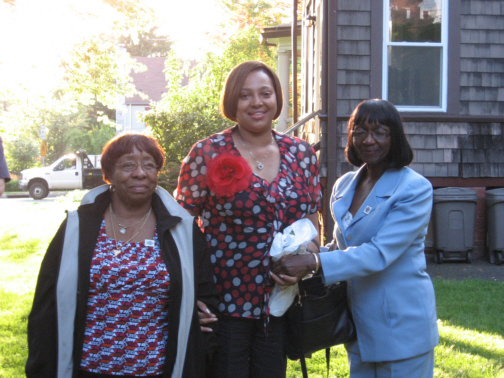 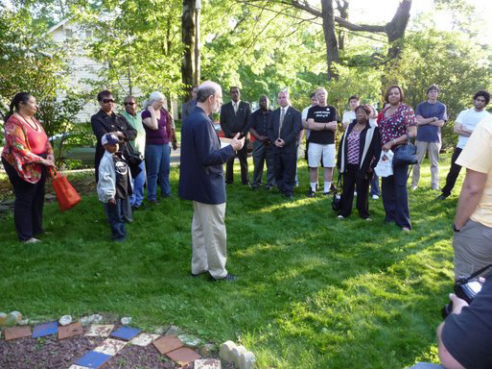 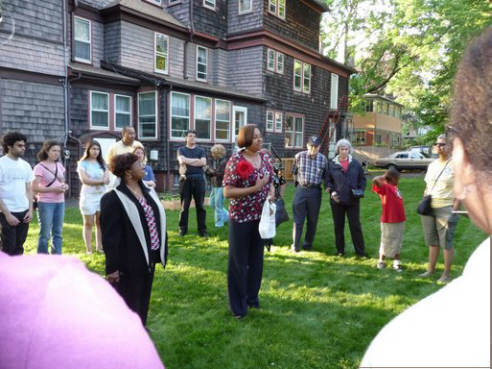 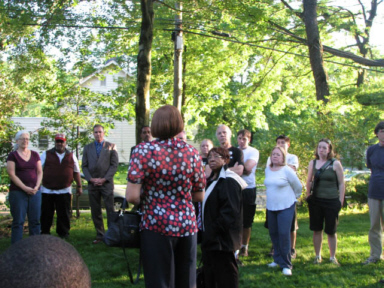 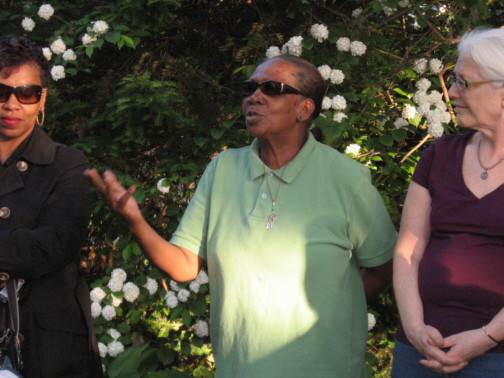 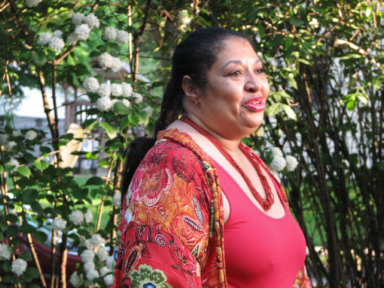 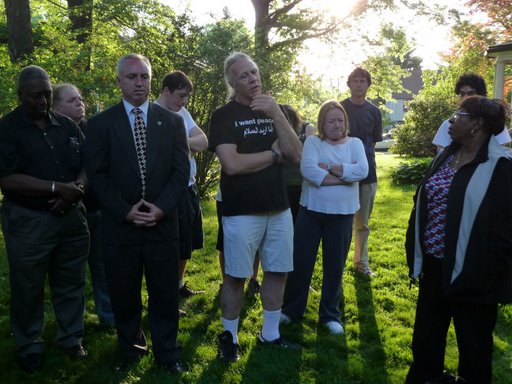 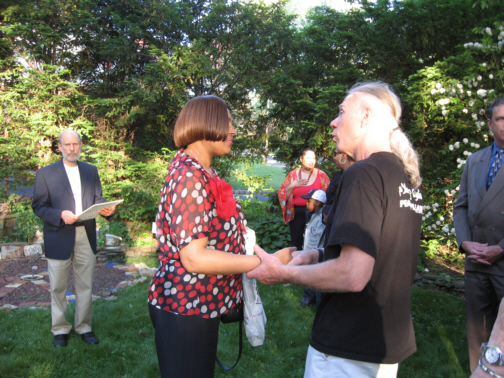