Vigil in Maplecrest Park for 2,000 Soldiers Killed in Iraq

On October 26, 2005, South Mountain Peace Action hosted a vigil in Maplecrest Park to honor and reflect on the 2,000 American soldiers killed in Iraq. The vigil was called by MoveOn and the American Friends Service Committee. 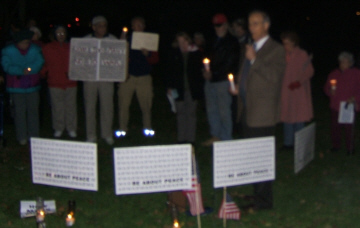 Maplewood Mayor Fred Profeta spoke of the need to continue working for peace. About half a dozen other attendees made personal statements, expressing grief over the American and Iraqi killed and wounded, and their conviction that the war must be ended. 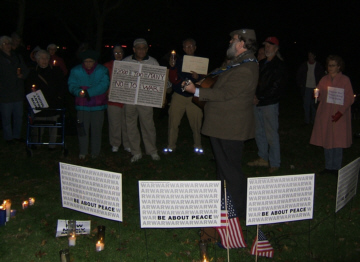 Maplewood attorney and folksinger Bennett Zurofsky led the vigilers in songs for peace.